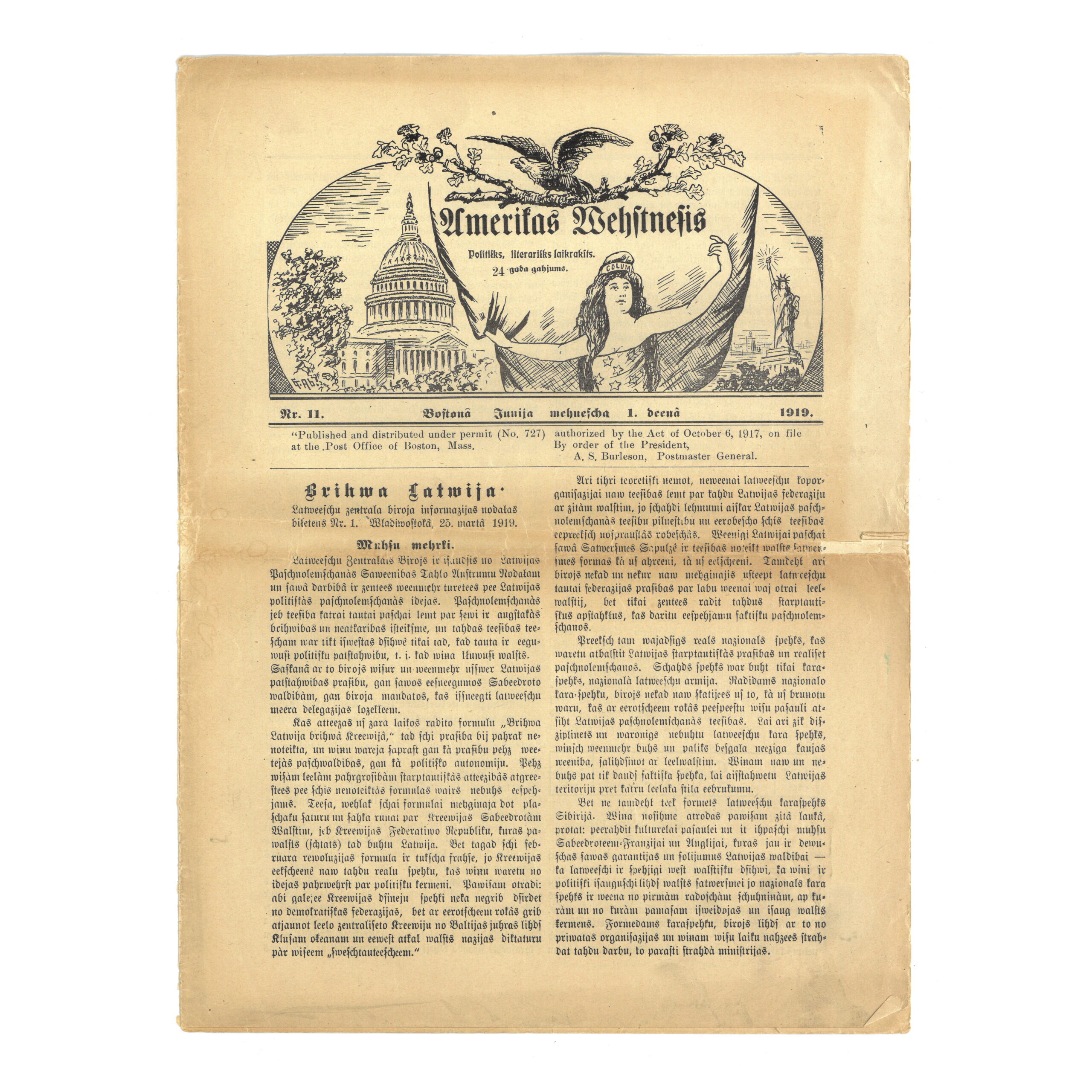 Amerikas Vēstnesis (American Herald) holds the distinction of being the first and the longest-running newspaper in the early Latvian immigration to the United States. Staunchly religious and nationalistic, it began publication in 1896 in Boston and continued until 1920.

The newspaper was founded by the Rev. Hans Rebane, an Estonian-Latvian Evangelical Lutheran minister, as an extension of his mission work among Latvian and Estonian immigrants in North America. Rebane also founded an analogous Estonian-language newspaper, Amerika Eesti Postimees.

Amerikas Vēstnesis was edited by Jēkabs Zībergs, one of the first Latvians to settle in Boston. After Rebane’s death in 1911, Zībergs continued to run the newspaper until 1920, when he turned over its subscriber list to a new newspaper in New York, Amerikas Atbalss.

The newspaper began as a monthly, but as of June 1897 appeared semi-monthly. Its circulation has not been determined, but probably did not exceed a few hundred paid subscriptions. Nonetheless, Amerikas Vēstnesis serves as an important resource for the study of early Latvian immigrant life.

> Back to The early Latvian press in America

The article may be found online at https://straumanis.com/periodika/amerikas-vestnesis/.