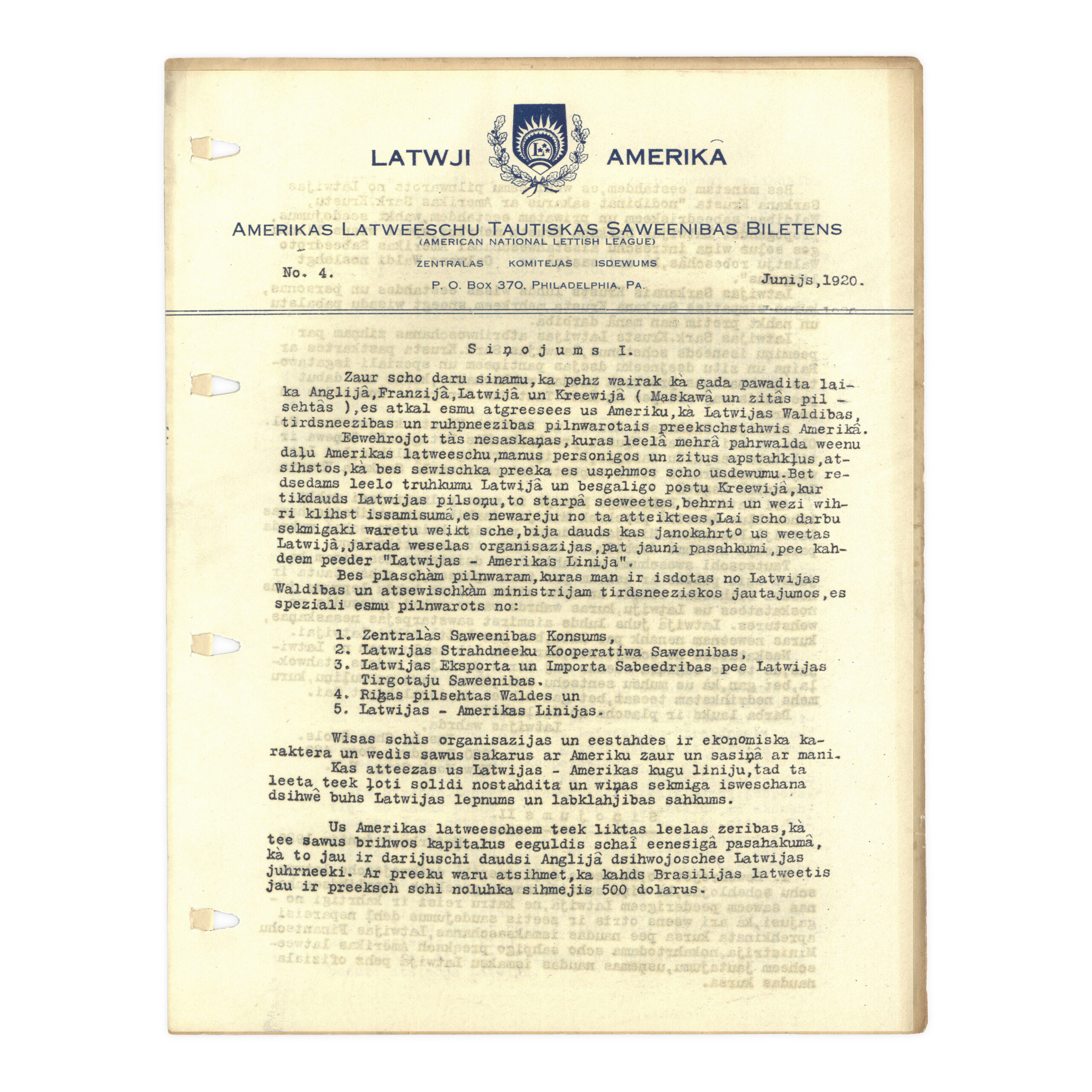 Latvji Amerikā (Latvians in America) was published from March to June 1920 by the Central Committee of the Lettish National League of America (Amerikas Latviešu Tautiskā Savienība). Its appearance came at a time when the leadership of the organization had concentrated in Philadelphia.

As the official newsletter, Latvji Amerikā reported on activities of the league, which primarily were concerned with pushing for U.S. recognition of the newly independent country of Latvia and for establishing trade relations with the homeland.

The newsletter’s run ended with the appearance in August 1920 of the weekly newspaper Amerikas Atbalss (American Echo) in New York. While not formally a league publication, the newspaper’s owners were almost all leaders within the organization.

> Back to The early Latvian press in America

The article may be found online at https://straumanis.com/periodika/latvji-amerika/.